A sloth spends most of its lifetime in tree crowns, hanging from branches and moving very slowly. Because of this passive lifestyle, people associate the sloth with laziness, incompetence, clumsiness. However, its slow motions are, quite the opposite, a great evolutionary advantage. Just like the bodies of some animals adjusted to changed conditions by becoming faster, thus being able to escape from their predators, the sloth’s life has been growing ever slower, allowing the animal to simply vanish from the predator’s sight.

Due to the sloth’s lifestyle, a number of moss, fungi, insect and mould species can thrive on its body, making the chances for successful camouflage even greater. So, in a way, the sloth goes against the current. Instead of constant acceleration, the sloth keeps slowing down, sleeps more, eats less and releases excrement less. Emptying its bowels is, in fact, one of the most mysterious activities we can observe in the life of the sloth. It can do most of its activities in tree crowns, but once every seven days the sloth climbs down the tree to empty its bowels. These moments are the most vulnerable in its life. There is nothing to prevent the sloth from becoming easy prey. Most sloths killed by predators die while moving their bowels.

The sloth’s method of defecation is mysterious; we have not been able to identify its evolutionary justification. But, if it were not vitally important for sloths, this behaviour would vanish along with those practicing it. Sloths release excrement only down around the tree roots. One of the explanations for doing this is very interesting for me. Many insect species living in the sloth’s fur need its excrement to multiply. Some of these insects can lay eggs only if in the direct vicinity of the excrement, and this requires the sloth to climb down the tree to poop. Contributing to the uniqueness of this situation is that four insect species have been found, so far, that live nowhere else but in the sloth’s fur.

What a unique relationship. An animal that is so incompetent and slow in the eyes of people, and yet it is directly responsible for the life of other four animal species. How many of them we would count if we looked at those that are indirectly dependent on sloths? A question arises here quite naturally: How many species can we count that depend on the aggressive and expansive human species?

For some species, the fur of a sloth constitutes an entire cosmos. Once every seven days, the sloth risks its life to save the lives of not just a single creature, not just a whole species, but at least four species. 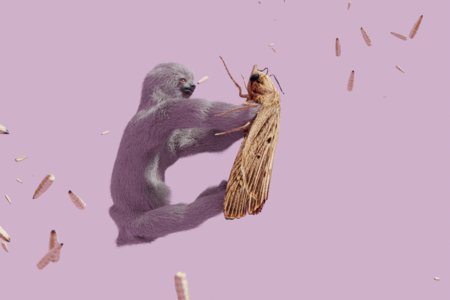 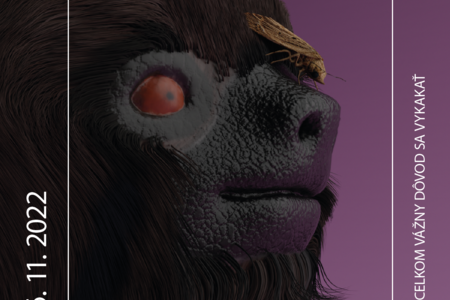 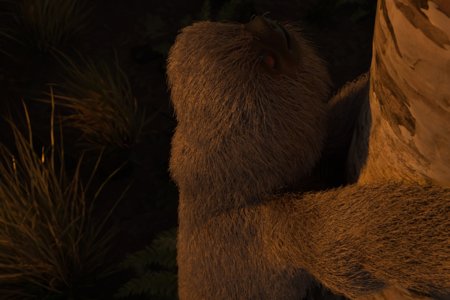 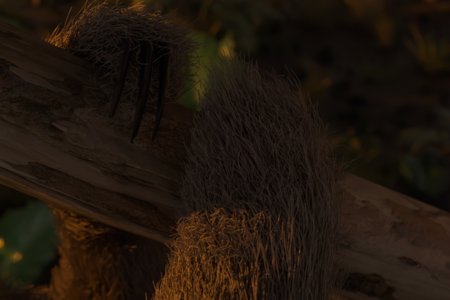 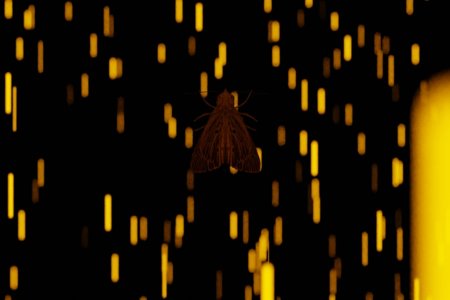 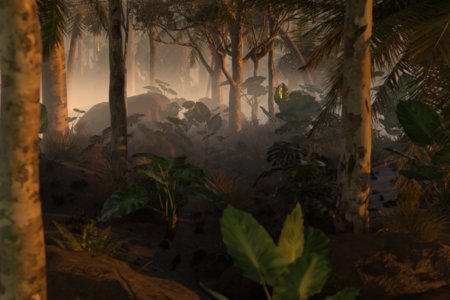 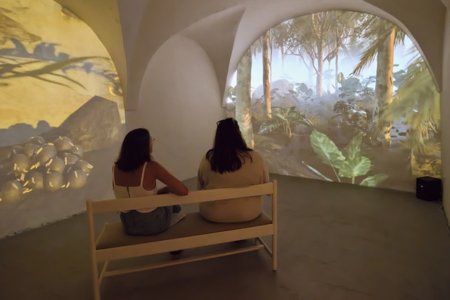 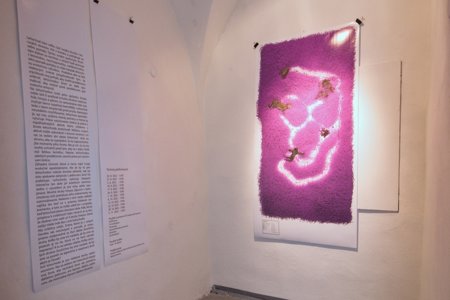 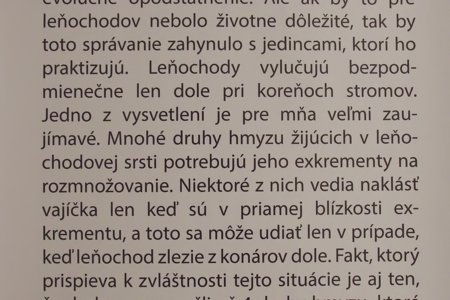