The moving of an orchard into a gallery, via what the artist calls “brief archive of a gift”, is an attempt to encompass holistically many years of interactions with landscape, overcome the nature-culture dualism, and present a concentrated version of an orchard as a disruption of space-time. The exhibition is a non-representational model of an orchard, capturing its various aspects and smallest features in the form of a multi-media installation. Designed as an archive, the exhibition represents a collection of knowledge about orchards the artist has accumulated over three years. The recording interrogates: 1) descriptions of nature, 2) symbiotic man, 3) poetic-political speculation. In addition to his own research, creative interventions, and care, Martin Piaček invited other artists, curators, botanists, pedologists, entomologists, and geologists, one by one, to survey the character and biotope of a distant and bounded place in Rajka, Hungary. He uses the information and material collected as aids that help get us closer to and understand better the landscape, on the one hand and, on the other, form a basis for further artistic processing.

Orchard. Orchard. Brief archive of a gift is composed of notes, schemes, natural elements and newly-made artifacts. Gift is the fruit grown in the orchard, which the artist views as energy and linkages, as metabolic transfer and exchange, as societal-cultural currency. Archive is conceived as an autonomous cluster of knowledge, as a machine that gradually accumulates the landscape and society’s eternal transformational energy. The exhibition is an open structure and creative platform, which will grow organically in time.

Martin Piaček was born in Bratislava, in 1972. He graduated from the Academy of Fine Arts and Design in Bratislava. Since 2007, he has been teaching at the Academy, leading the Studio vvv (visual, verbal, public/verejné in Slovak) of the Intermedia Department since 2017. In addition to his art and exhibition practice, Martin Piaček has also been working on the dramaturgy of a presentation cycle entitled Soft Norm, held at the Academy since 2016. Recently, he has become involved in a globally focused project Liquid Dogmas, organised by the CSO Verejný podstavec (Public Pedestal). He is a founding member of the said CSO (www.verejnypodstavec.com) and of the exhibition format DiStO (www.disto.sk); he is also a supporter of the KU.BA platform (www.kulturnabratislava.sk). His artwork has been presented at both individual and group exhibitions in Slovakia and abroad, for example, in the East Slovak Gallery in Košice (2020), at the Schaubmar Mill in Pezinok, at MODEM – Centre for Contemporary Art in Debrecen, HU, and at the Biennale Art Encounters in Timișoara, RO, (2019). In addition, his work has also been exhibited at Karlín Studios in Prague, CR (2018), the Slovak National Museum in Bratislava and the New Synagogue in Žilina (2017), Kunsthalle Bratislava, The Slovak National Uprising Museum in Banská Bystrica, and the International Performance Festival RIAP in Québec, CA (2016), the Photon Gallery in Vienna, the Kiscelli Museum in Budapest, City Surfer Gallery in Prague and the OFF Biennale in Budapest (2015), Artwall Gallery in Prague, the OSTRALE Biennale of Contemporary Art, and Tranzit Bratislava (2014)

This project is funded by public resources through the Slovak Arts Council.
Photo: Ján Kekeli

Martin Piaček: Orchard. A brief archive of the gift 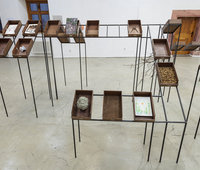 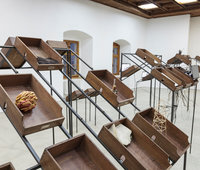 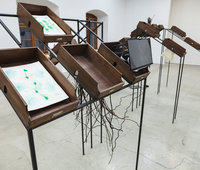 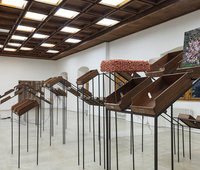 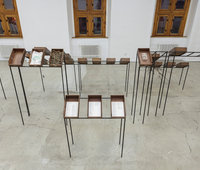 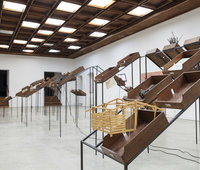 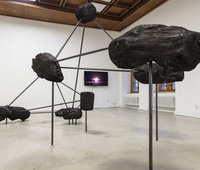 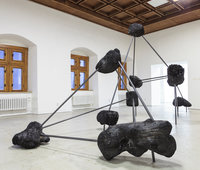 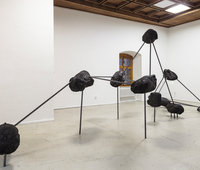 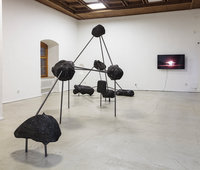 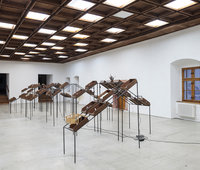 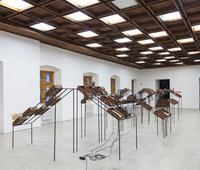 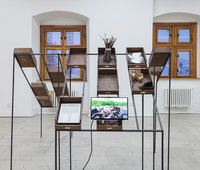 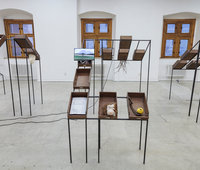 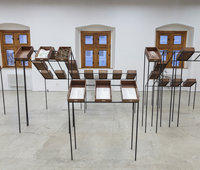 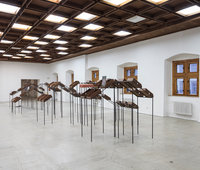 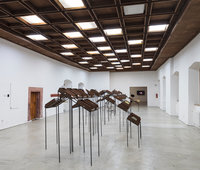 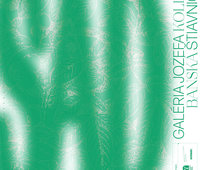